Born in the early 1920s, Minnie Pwerle was one of the most significant artists to come out of the community of Utopia and its world-renowned art movement. Alongside the equally impressive work of Emily Kame Kngwarreye and many more, Pwerle’s incredible creative talent helped Utopia attract global attention from the community’s remote location around 270 km north-east of Alice Springs. 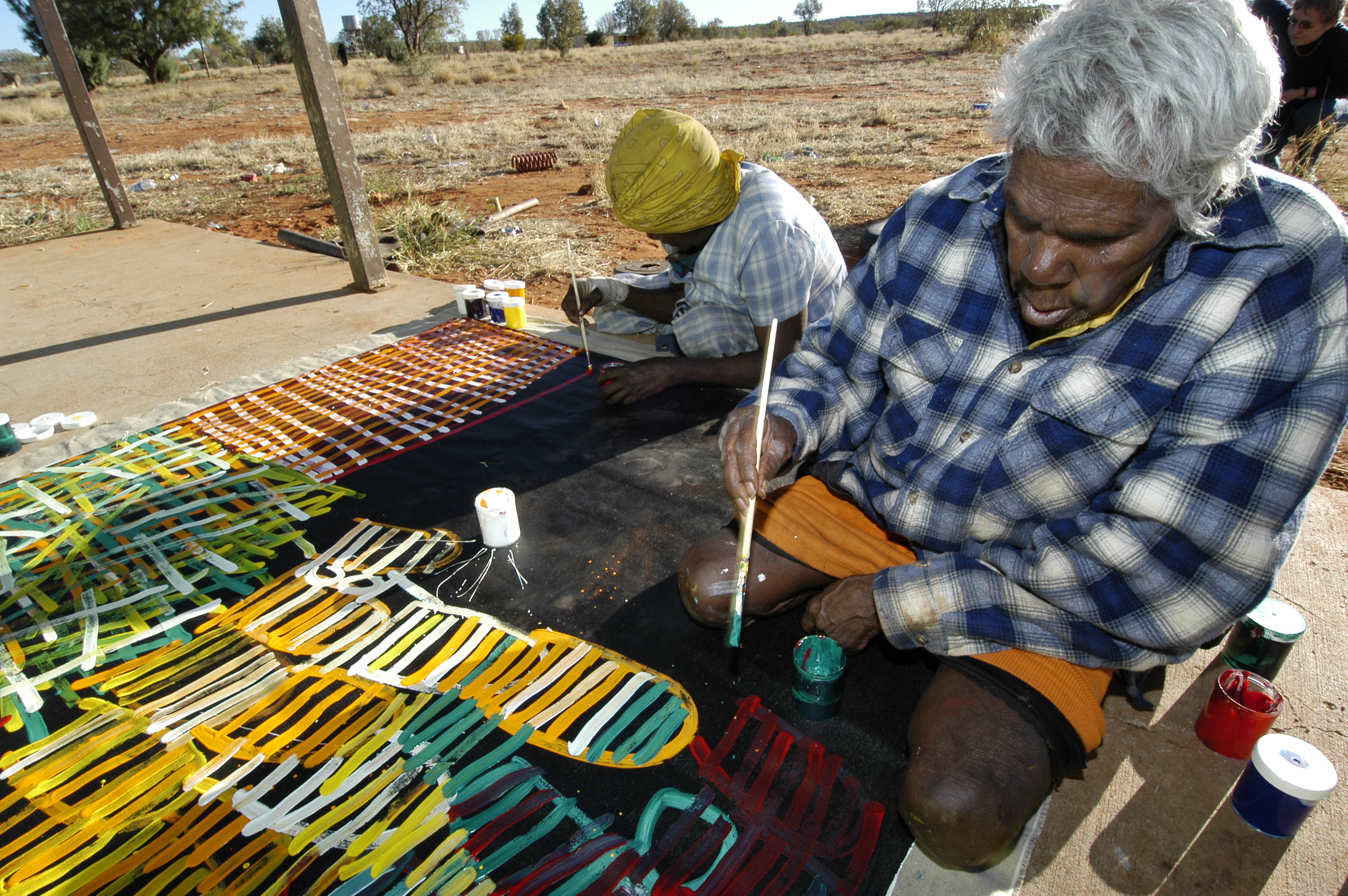 Having spent her life heavily involved with traditional Aboriginal practice, often applying striking body paint to those taking part in women’s ceremonies, when batik was introduced to Utopia in the 1970s, Minnie embraced the art style with open arms. Although painting on canvas with acrylic grew in popularity in Utopia during the 1980s, Minnie wouldn’t pick up the art form until 1999 when she was visiting family in Adelaide.

Despite being aged close to her 80s, she took to the medium incredibly swiftly, soon producing a series of stunning works that cemented her legacy as a leading Aboriginal artist. In fact, she was named by Art Collector Magazine as one of Australia’s “top 50 most collectable artists.”

Like many of her contemporaries, Minnie used her artwork to explore her connection to the land, ancestors and Dreamings. Throughout her relatively short but remarkably prolific career, these themes were continuously explored with her instantly recognisable personality. Across a vibrant selection of colours and distinctive patterns, Minnie combined numerous traditional Aboriginal symbols with wonderfully modern instincts, resulting in an outstanding series of paintings.

Minnie’s work spans two distinct collections known as ‘Bush Melon’ and ‘Awelye Atnwengerrp’. With the former exploring her Dreamings, the latter portrays the ochre patterns painted on women’s bodies for awelye – traditional women’s ceremonies. Some of the works in this series also illustrate a small fruit known as anemangkerr, which is often stored for extended periods as bush tucker and is entirely native to Minnie’s Country of Atnwengerrp.

With Minnie continuing to paint her art until she passed away in 2006, her work can be found in many of the world’s leading private and public art collections. The mother of seven children, including prominent artist and politician Barbara Weir, Minnie’s work remains beloved by Australia’s art community.

Since 1986, Mbantua Gallery has been one of Australia’s leading retailers for Aboriginal art. As we provide buyers with an ethical, reliable and genuine way to obtain Aboriginal artwork, you can purchase an iconic piece with complete confidence. Contact our team today to find out how we can help you secure excellent artwork for your home or workplace.